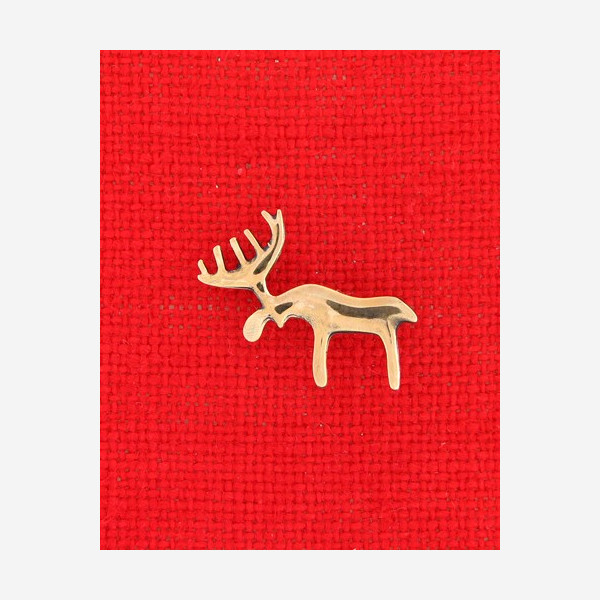 All our bronze jewelry is oxidized (blackened) before being polished to a high gloss. After polishing, the bronze jewelery is protected by a special lacquer. Some of the lacquer together with invisible remnants of the oxidation are shown on the pictures as spots and shadows.
Ask a question!
Product Details
Description

All bronze jewelry is protected by a special lacquer. A great number of our jewellery represent motives from ancient sami shaman drums , called "runebomme" in Norwegian. A "runebomme" was made of tree and reindeer skin. The shaman, noaidi, painted magic drawings on the drumhead. When using the "runebomme" the noaidi placed a small piece of reindeerhorn in the middle of the drumhead. It began to move around on the drumhead when the drum was beaten. From the combination of the different drawings, which the piece of horn touched on its way around the drumhead, the noaidi could tell the future and predict hunting luck. The drawings on the drumhead were painted in a certain system, a cosmos containing goddesses, the sun, a hunter on ski and the noaidi with his drum. On nearly every drum one can find drawings of animals like bears, mooses, beavers, fishes, birds and many different reindeers. The golden-eyed duck was often represented on "runebomme" s. The sami people made big nesting boxes for the ducks. In springtime they took eggs from these nesting boxes. The eggs were important in a season when there was otherwise very little fresh food to get. A nice detail of the broach of our golden-eyed duck are the legs which are movable. 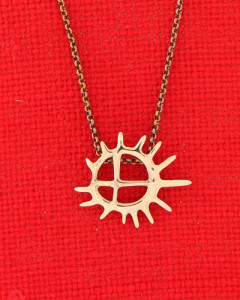 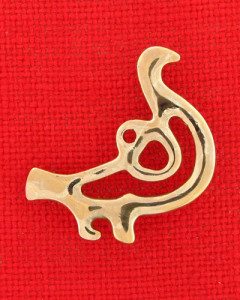 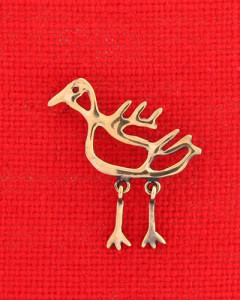